This Jeremy Tuplin article was written by Tim Thackray, a GIGsoup contributor. Edited by Macon Oxley.

Love them or loathe them, there will always be a place for singer-songwriters. There’s something continuously captivating about a set of vocal cords and six guitar strings that draws us in time and time again. It’s the honesty of someone opening their lives up for public dissection that creates a large part of their appeal, and Jeremy Tuplin has no reservations about letting the listener into his mind.

Originally from the West Country, this is the second EP from the soul-baring singer who tackles romance, humour and adventure with insightful lyrics and a stripped-back sound. His unswerving lyrics make him sound old before his time, and you could imagine ‘Open Letters’ being written by a man twice his age with his honest and bittersweet viewpoint on life.

Opening track ‘Kathleen’ is so expressively candid in its lyrics that by the end it openly becomes a song within a song – a knowing wink to the camera and a stare down the lens. An autumn ode to a loved one, it’s not often a song finishes with a sign-off from the day it was written and acts as an apt introduction to the singer.

Despite his almost stilted vocal style, the songs still manage to flow together like the changing of the seasons. His booming baritone has a natural ebb and flow that stops you in your tracks, drawing you in to listen to one more verse, then another and another. His undeviating vocal delivery resembles touches of a West Country Adam Green – the deadpan singer from The Mouldy Peaches – as well as the peaks-and-troughs style of ’60s folk singer, Jake Thackray.

He admits it on the opening track, but lead single ‘Time’s Essence’ is a clear demonstration of his love of rhyming. Opening with “In the morning, we won’t be yawning”, it continues in similar vein for much of the song. While for some artists this might become a little predictable, Tuplin is a fine wordsmith and delivers the lines in a compelling fashion.

On ‘Open Letters’, Jeremy Tuplin has created the perfect EP for a lazy sunday morning. The songs grow and sprout around you with his forthright lyrics acting as caffeine for the heart. At times sombre and uplifting within the same verse, it’s a record that shows great promise and it will be fascinating to see where he goes next.

‘Open Letters’ is out now via Resonating Wood Recordings. 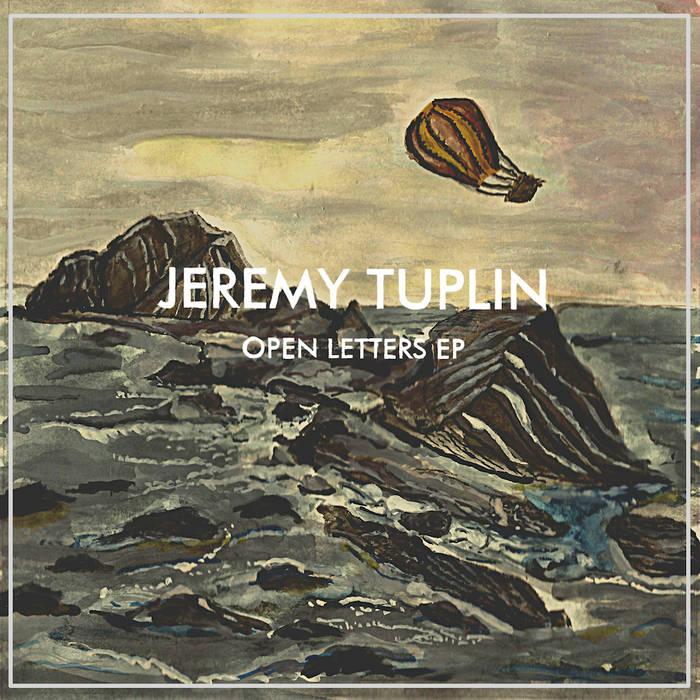