PRIMITIVE RACE, featuring the late, legendary former FAITH NO MORE and BAD BRAINS front-man Chuck Mosley, has released a lyric video for the single “Bed Six,” off of their 2017 released Soul Pretender LP.

“The funny thing about Bed Six is all of our songs on Soul Pretender had working titles of Bed and just a number. For whatever reason Chuck decided he was just going to call this song Bed Six and work the title into the song. I gave him so much hell about that and he refused to change it. So we ended up just going with it. It was just an inside joke.” – Chris Kniker 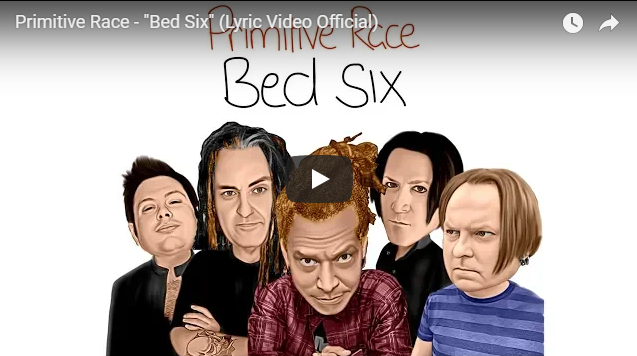 “When I listened to the music, ideas just came pouring out,” Mosley had previously stated. “I couldn’t say no to doing the record. When we completed the first few tracks, I found myself wishing I had written them. Not just the lyrics…just good heavy riffs and grooves really sucked me in. The melodies and words came super easy with this music. Even though it’s a whole different vibe it brought out a side of me I haven’t experienced since writing with Faith No More.”