The lineup for the Silver Hayes area in Glastonbury has been confirmed today.

The area, which features mostly dance and rap acts, will return to Worthy Farm with six stages: Sonic, Pussy Parlure, The Blues, Wow, Gully and BBC Introducing. A number of big names have been confirmed with the likes of Annie Mac, Jungle, Stormzy, Craig David and Idris Elba appearing on the lineup poster.

Glastonbury 2016 runs from 22-26 June this year, with Muse, Adele and Coldplay headlining.

The lineup to Silver Hayes can be see below: 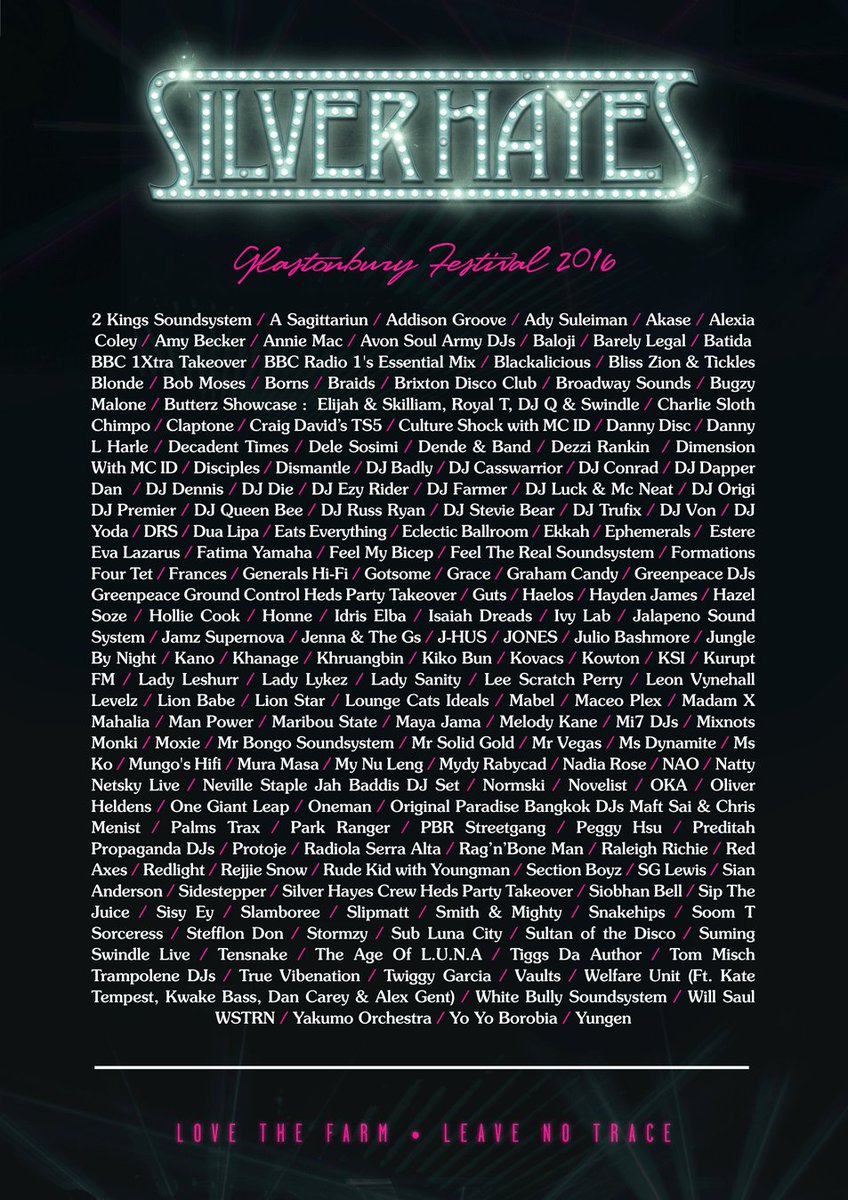 This Glastonbury article was written by Suzanne Oswald, a GIGsoup contributor.