Lana Del Rey has used Twitter to announce her participation in a new 30 minute film, called “Tropico”. While she released no details of the actual film the poster indicates that it will star model Shaun Ross. The poster also indicates that the very in demand Rick Rubin has produced the film.

According to the movie poster, the film is “a tale of redemption” set to the Del Rey songs “Body Electric”, “Gods and Monsters”, and “Bel Air”.

The artist tweeted: “TROPICO – a 30 minute film coming to a city near you. Premier dates coming soon. Lots of Love, Lana Del Rey.”

Stay up to date with all the latest music news, gossip, and reviews from GIGsoup by following us on Twitter 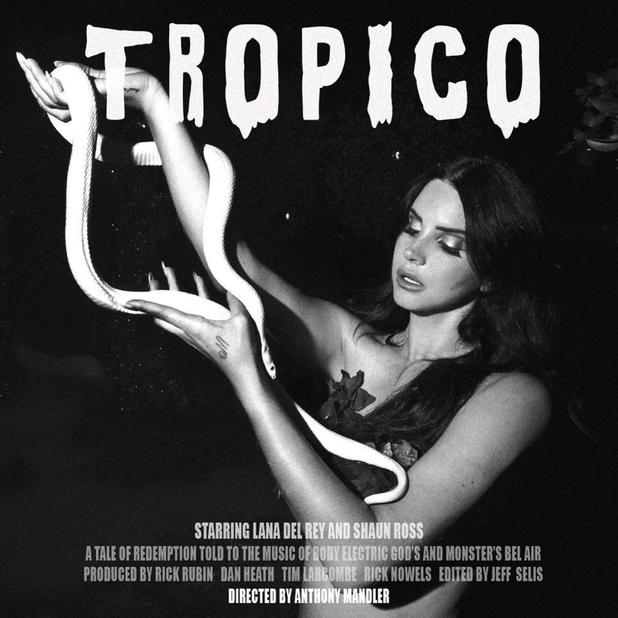 BEKS ‘The Thing About Us’ Track Review