‘Something To Tell You’ is HAIM’s heavily anticipated album, and the first offering of new music from the band since their debut, ‘Days Are Gone’ in 2013. In addition to this, the trio has another treat in store for fans.

In addition to this, having just taken on Glastonbury at the Other Stage, the sisters have announced new tour dates. These dates will mark the first tour dates after the release of imminent album, ‘Something To Tell You’. The dates are as follows: 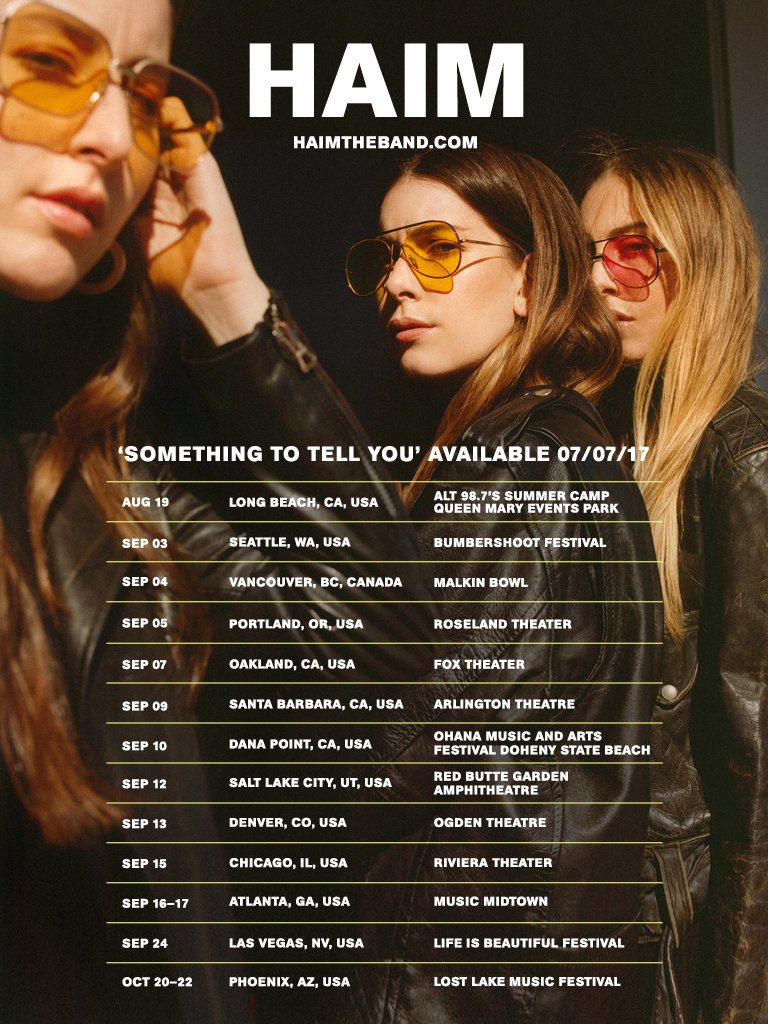