“We’ve been writing and cutting demos in preparation for the third record , and we’re really excited about the direction of the new material. We’re also thrilled to have so much support from our family of Fans and friends” – Blacktop Mojo 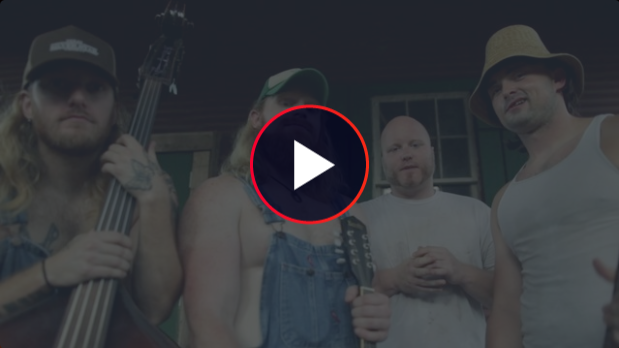 Fans can pre-order a selection of items including signed copies of the new album, exclusive t-shirts, fishing with the band, hangouts, and even listing their name in the album jacket.

“As independent artists, everything we do is fan-funded. We don’t have a record label loaning us a ton of money to make a record. With that, comes some financial pitfalls, but it also means NOBODY tells us how to make music for you guys and we think that’s pretty cool!”

A hard-driving Southern rock unit based out of Palestine, Texas, Blacktop Mojo’s fiery blend of post-grunge, classic rock, and metal falls somewhere between Soundgarden, Black Stone Cherry, and Lynyrd Skynyrd. Founded in 2012 by front-man Matt James and drummer Nathan Gillis, the band eventually morphed into a five-piece with the additions of bass player Matt Curtis and guitarists Ryan Kiefer and Kenneth Irwin. They released their debut album, I Am, in 2014, followed by a heavy bout of touring that saw the group sharing the stage with a wide array of heavy hitters, including Bon Jovi, Sammy Hagar, Candlebox, Darryl “DMC” McDaniels, Shaman’s Harvest, Pop Evil, Puddle of Mudd, and Drowning Pool.

In 2017, the band teamed up with Muscle Shoals producer Jimmy Johnson for their highly anticipated sophomore outing Burn the Ships. The album was released via the band’s label, Cuhmon Records, in March of that year to critical acclaim, and it’s first single, “Where The Wind Blows” reached #27 on the Billboard Mainstream Rock chart, while the band was on its first U.S. tour that fall. Through that tour, they landed a slot on 2018’s Rock Fest, featuring headliners Disturbed, Incubus, and Godsmack, among many other industry leading hard rock acts.

At the beginning of 2018, the band has started work on its third full length release, as well as touring to support the second radio single from, Burn The Ships.