THE GREAT ESCAPE ‘IN THEIR OWN WORDS’ – THE AMAZONS

The BBC Introducing scheme has uncovered some incredible talent over the past decade including names as prosperous as Slaves, Glass Animals, Florence and the Machine and Stockport’s finest – Blossoms.

The latest success story coming from the BBC Introducing conveyer belt is Reading four-piece The Amazons. Their raw and heavy, yet polished sound leaves them on the cusp of an explosion with the prospect of playing to stadium size crowds a not too unrealistic possibility. With the announcement of their self-titled debut LP yesterday, which is set for release in June, there are even more exciting times ahead for the band including an appearance at The Great Escape so GIGsoup’s Ben Bowman chatted with frontman Matt Thomson for the latest instalment of our ‘In Their Own Words’ series…

Feels great to be returning! We had loads of fun last time playing the Hope & Ruin and then checking out loads of acts.

That it’s in Brighton. Lots of cool artists play. Lots of queues. Lots of pubs…

It’ll be a bit of a shorter and sweeter version of our headline set I expect. Our debut record is out in the summer so we’ll play some songs from that no-one’s yet heard, as well as the singles we’ve released in the last year or so.

We’re on tour in April with Estrons, so it would be great to catch up with them again. Rag N Bone Man also would be good, he’s got a voice we really want to check out.

Many times! I think the fact that Brighton has its own identity resonates with us, coming from Reading, which is essentially a commuter town. The scene in Brighton seems strong as it has so many great venues and a festival that is focused on new music.

We were just coming off a UK headline tour and going into pre-production for our debut record! We worked with our producer Catherine Marks for about a week, going through all the songs and planning before we hit the studio at the beginning of April.

When you go to the Beach what can you not go without? Sunglasses, Pennies for the slot machines? A Ball of some sort?

A bodyboard! Like a super easy surfing for us landlubbers.

Went to Cornwall years ago with an old girlfriend which was fun. We went surfing in the worst stormiest weather and got stranded out for ages, trying frantically and unsuccessfully to swim back to the shore. Took us a while to realise we just had to hop on the board and just catch a wave back.

What’s your favourite thing to get from the Ice Cream Van?

I used to love the ice creams in the plastic cone with the bubblegum at the bottom. I liked to really squeeze every drop of pleasure out of the otherwise fleeting experience.

What are your plans for the rest of the Summer?

We’re going to releasing our debut record then heading out to a load of festivals. Festival season is our favourite time. We’ve got Reading & Leeds, Isle of Wight, Live At Leeds Festivals confirmed at the moment and loads more to announce, including some abroad which we can’t wait for.

The Amazons self-titled debut album is out on June 2nd via Fiction Records and is available to pre-order now. https://store.universalmusic.com/theamazons/

The Great Escape lineup has just got even bigger, for full details visit http://greatescapefestival.com/ 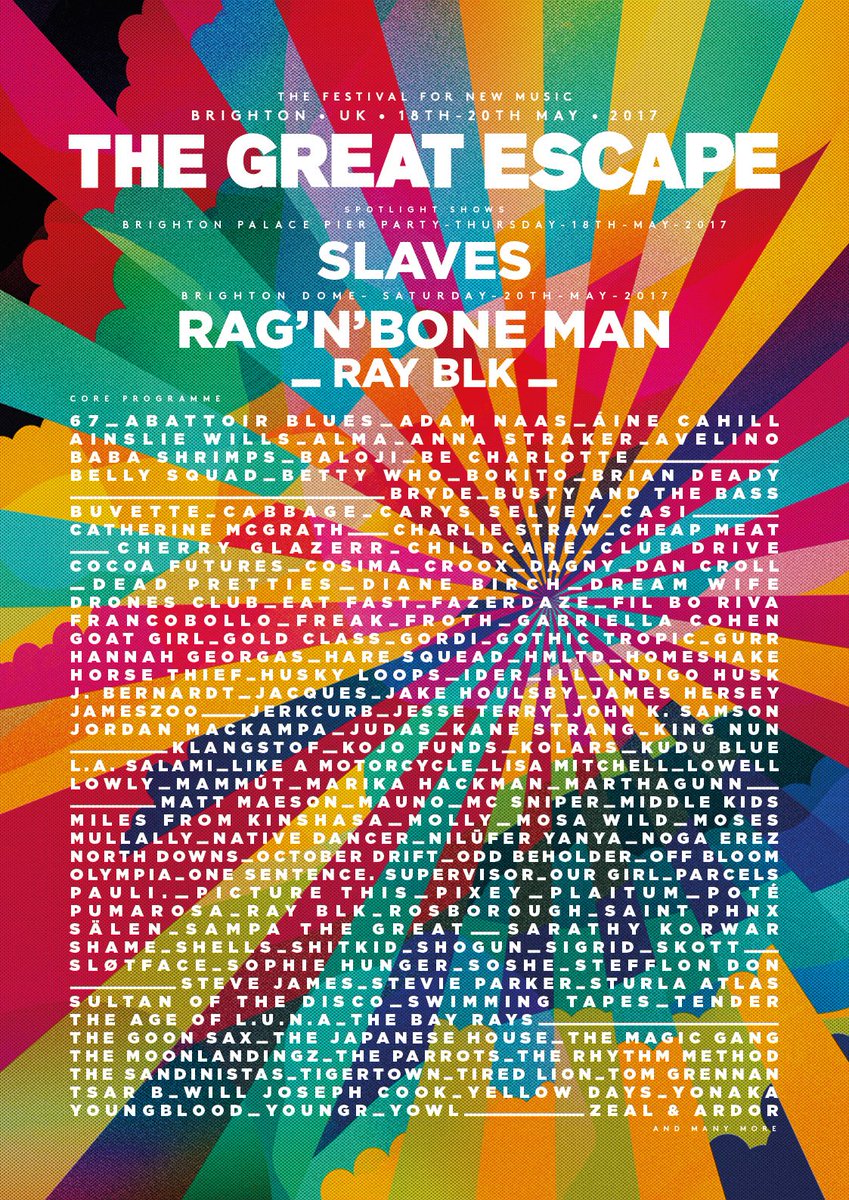