The XX, Biffy Clyro, Lorde and Stormzy join the Glastonbury line-up plus many more

Every year, there seems to be more excitement, more speculation and more joy celebrated at the Glastonbury Festival line-up. Earlier this month, it was revealed that Ed Sheeran would be joining Radiohead and Foo Fighters as the third and final headliner – but those travelling to Worthy Farm this summer have been dying to see what the rest of the bill has in store.

It was announced this morning that the likes of The XX, Biffy Clyro, Katy Perry and Lorde to name a few would be joining the three headliners. The XX are set to make a triumphant return to the festival which they last championed in 2013 and will bring with them the incredibly successful record ‘I see you’. Katy Perry and Lorde incredibly are both making their Glastonbury debut this year after the pair have made successful returns to the charts this year.

2017 looks set to be the year of Grime and with Stormzy, Boy Better Know and Wiley all performing at Worthy Farm this June, the phenomenal rise in which the genre and Stormzy in particular have enjoyed this year looks to show no signs of slowing down. If there was ever a stage to showcase the talent that these artists possess, you couldn’t get any bigger than Glastonbury Festival.

Right at the foot of the bill, you will find Declan McKenna. The Hertfordshire born solo artist was thrust into the limelight after his single ‘Brazil’ gained media attention through it’s powerful lyrics surrounding alleged corruption within FIFA. The 18 year old will make an emotional return to where he made his name by winning the Glastonbury Festival’s Emerging Talent Competition in 2015 and with rumors circulating that he could be releasing his debut album in the not too distant future, he will be bringing plenty of new material with him.

It is inevitable that sifting through a line-up as prestigious as this will cause you to overlook certain artists. Although, this does usually result in you being pleasantly surprised when stumbling across a band that you totally didn’t realise were playing so we won’t take that joy away from you. However, some of our picks of artists you won’t want to miss include:

But for those who want to make their own minds up, here is the poster below. Be aware though, there are many more artists to be announced soon… 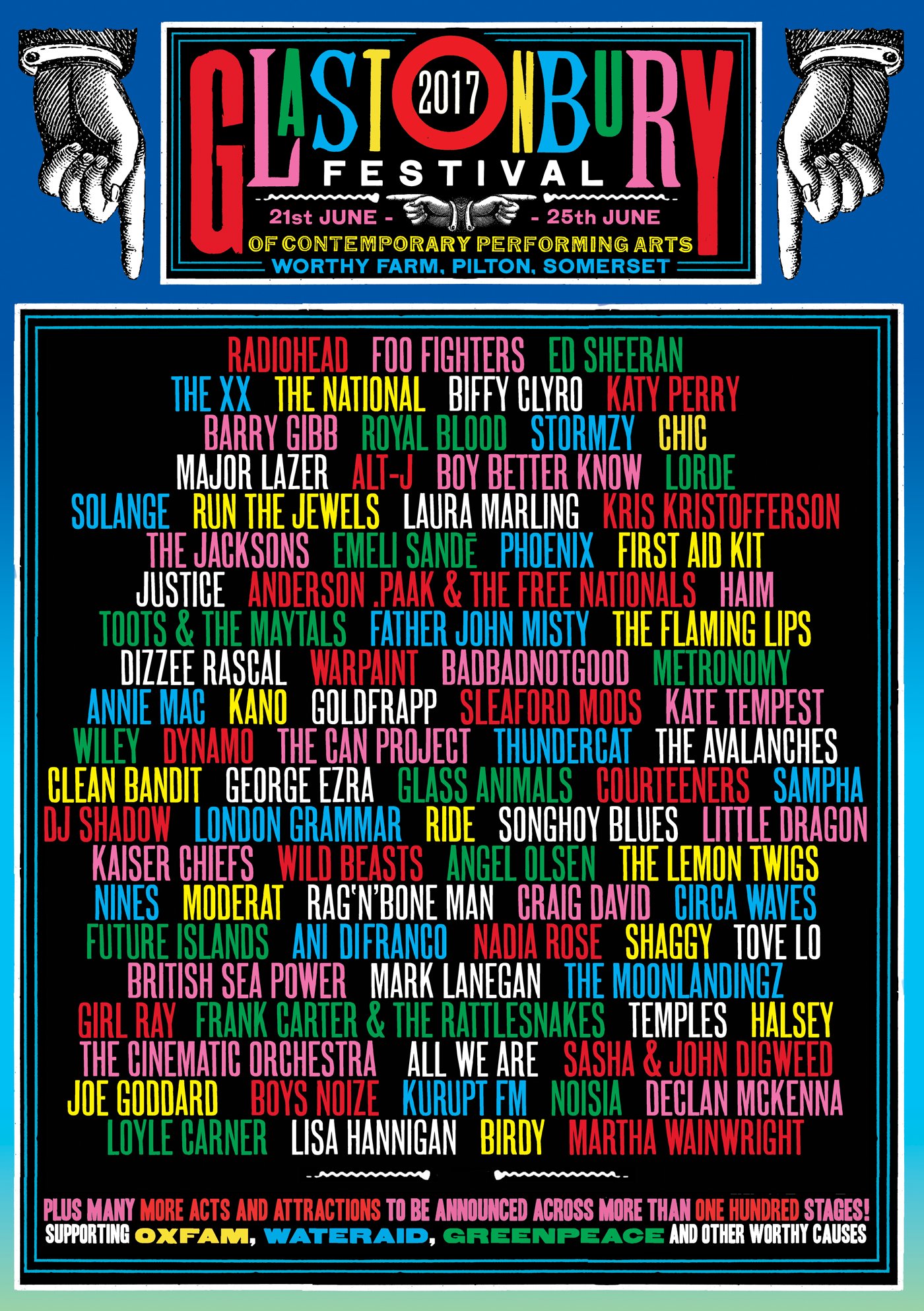