Wrong Festival ‘In Their Own Words’ – Elevant

A three piece formed in 2014 and led by guitarist/vocalist Michael Edward (the CEO of Liverpool-based Loner Noise, the label behind WRONG Festival), the band also comprises of Hannah Lodge on bass and Tom Shand on drums. Their latest release came in the form of last year’s ‘Normal Life‘ EP, with the band also having put out three full-length albums in just four years, as well the 2016 single ‘Hide It Away‘. In the first of our series of interviews with the WRONG line-up, we spoke to Mr. Edward about Elevant’s upcoming appearance at the festival.

It lives in the place between normal rock and roll with hooks and structure, and a lot of much weirder influences, so there’s bits of psychedelia, post punk and heaviness combined with sometimes trip hop style grooves, and increasingly catchy vocals.

In the past we would have probably given a list of other bands, but lately it’s been much more inspiring just playing with each other now that we’ve got a real musical understanding going on after years of playing together. Getting new pedals or swapping gear around always yields new and interesting results. For a few points of reference though, in our formative years the idea was to be some kind of hybrid of Fugazi, Neu!, Soundgarden, Led Zeppelin and Portishead, though the list of places we draw from would go on forever.

We’ve lived here for ages, so we know it pretty well. It’s cheap to live here compared to most other cities, which is cool, and there’s a wealth of interesting creative people.

Potentially, but bigger festival organisers in the UK are so off the mark at the moment. I’d say something like Primavera isn’t a hundred miles away from stuff like Wrong, if a bit wider in genre spread, but despite there being a clear audience for that kind of festival, we’re stuck with beige Reading and Leeds lineups, and the interesting events are all far smaller.

Probably last year’s Wrong Festival. As well as playing, I (Michael) run the festival, so watching Part Chimp after we’d got off the stage was a real moment of catharsis after a vast amount of work. It was quite emotional.

Ignoring the obvious top end of the bill, Salt the Snail and Bleach Sweets are doing a vs set, and they’re both ridiculous bands so that’s bound to be entertaining. Gonna give a shout out to Grey Hairs because we love their last album a lot, and Spectres because it’ll just be a terrifying hellscape of sound.

Good songs, sick drumming, slinky basslines, cool guitar sounds and a lot of energy. Plus, when you get to play an event like Wrong, you always up your game because you’re up against such a fantastic lineup. 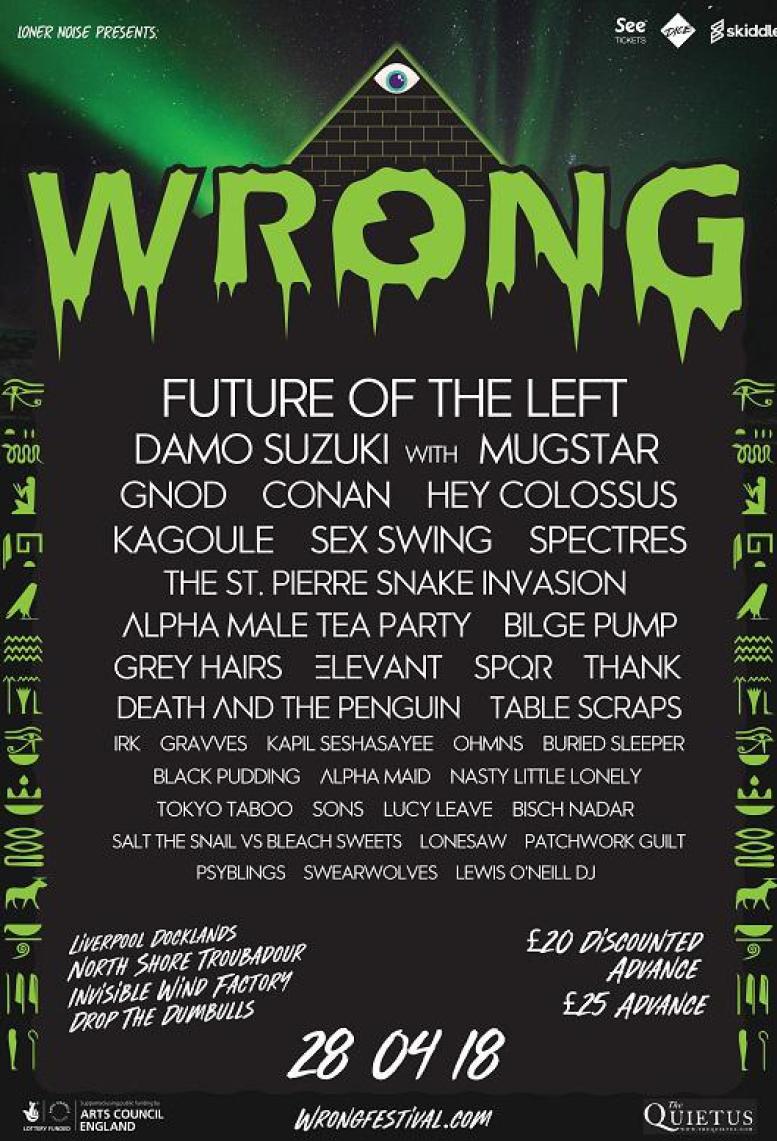 Project Blackbird ‘If This Is The End’ Album Review