After announcing its individual day breakdowns at the end of July, Liverpool International Festival Of Psychedelia have revealed their daytime programme for this year’s event, as well as its line-up for the opening party.

After the success of last year’s visual delights, the festival’s main stage will be playing host to an installation titled Furnace 2.0, which promises “maximised bombardment” in an “extreme video hexahedron environment” that will be incorporated in to several performances across the two day event.

Meanwhile, returning for another year will be ‘PZYK COLONY‘, a 360 degree audio-visual installation which will be appearing alongside performances by The Bug vs Earth, The Comet Is Coming, Sex Swing, Gnod, among others. Another feature returning this year will also be ‘PZYK PRYZM‘, which will offer a mix of immersive virtual reality experiences including various installations and pop-up performances.

The sixth edition of the festival also sees the return of the ‘Musings In Drone‘, a “tripped-out chat show” which will feature Q&As hosted by Bernie Connor. The local DJ will be appearing alongside the likes of Emmanuel ‘Jagari’ Chanda of festival performers W.I.T.C.H. and members of Castle Face Records, who will be hosting their first ever curated festival stage titled ‘Irregular Orbits‘.

Other events leading up to the festival include ‘PZYK CINEMA‘, a short film programme which will be hosted by local cinema and artistic hub FACT (Foundation for Art and Creative Technology). Titled ‘Psychedelia in Film’, it will host weekly screenings beginning on 30th August, then again on 6th, 14th and 21st September. Curated by FACT’s Lesley Taker, the programme will feature short films by Rachel Maclean, Sophia Al Maria, Laure Provost and Agnieska Polska.

In addition to the pre-festival performance of Pond at The Invisible Wind Factory on 26th August (with support from Warm Digits and Chris Forsyth with the Solar Motel Band), Liverpool Psych Fest will also teaming up with local music monthly Bido Lito! to host an Opening Party for this year’s event.

Taking place on 21st September, Ducktails will be joined by Ali Horn of Strange Collective and The Goa Express at Constellations the night before the festival kicks off. DJs from local store Dig Vinyl (who will again be hosting a pop-up record shop at the festival) and White Rabbit Light Show are also scheduled to make an appearance.

Liverpool Psych Fest ticket holders can gain entry to the Opening Party for just £5. More details can be found here. The sixth edition of the festival will take place across multiple performances spaces at Camp & Furnace on 22nd and 23rd of September. Tickets are available from www.LiverpoolPsychFest.com. 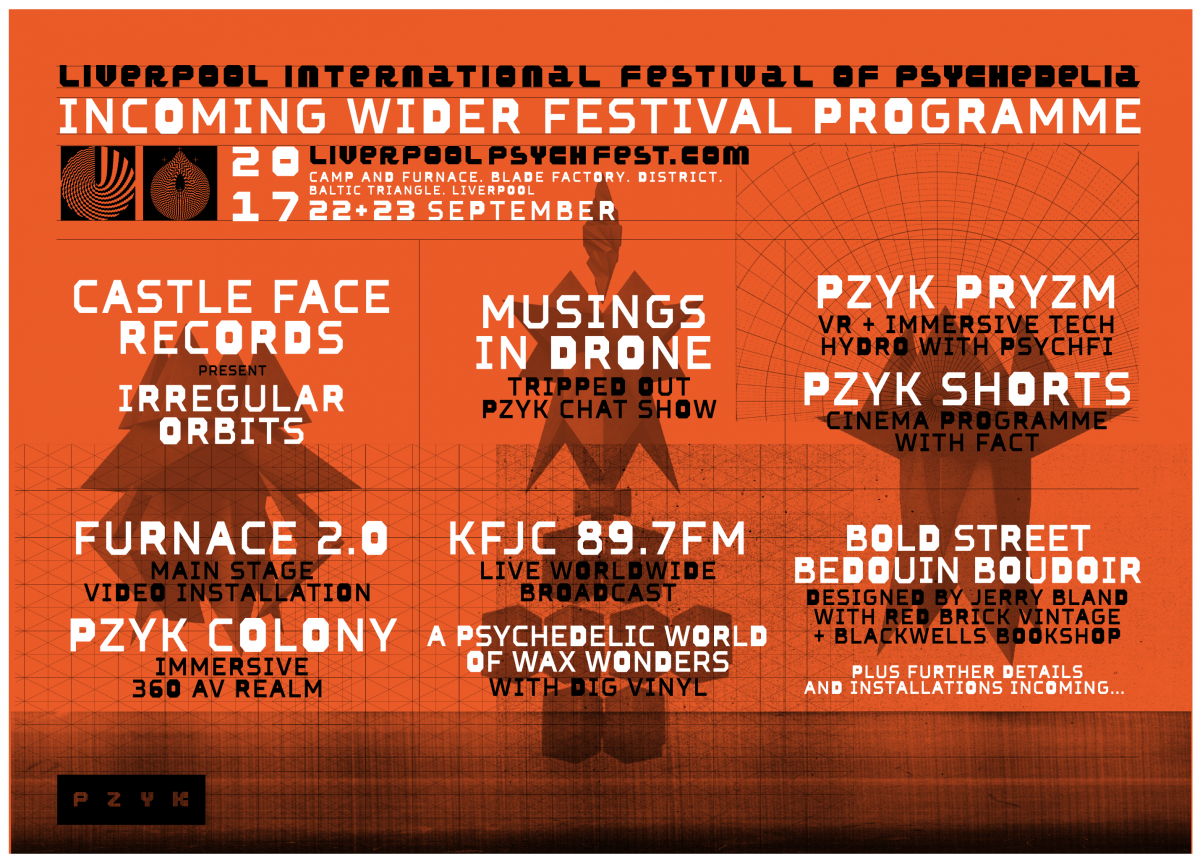 Egyptian Lover at the Jazz Café (14 Feb 2020); and we look forward to Global Communication