Returning for a sixth year, the much anticipated Liverpool International Festival of Psychedelia recently announced its first wave of acts for 2017.

Scheduled to take place in the city’s old industrial heartland in the Baltic Triangle on September 22nd and 23rd, last year’s expanded edition featured over 100 artists and DJ’s from around the world performing across four performance spaces. Two jam-packed days of live music were also complemented with an audio-visual experience like no other, as well as a chat-show and a pop-up record shop selling a range of merchandise.

The Black Angels are set to headline this year’s festival. Among the main drivers of the psychedelic revival over the past decade, it’s hard to think of a more suitable band to head-up the 2017 edition. With their soon to be released fifth album said to be their heaviest yet, you can expect a great performance from the ever reliable Austin, Texas outfit.

In keeping with its internationalist tradition, Songhoy Blues from Mali will also be performing at this year’s event. Founded in the midst of a war with jihadist group Ansar Dine, their 2015 debut album ‘Music In Exile’ and subsequent live shows were a big hit with UK fans. The story of the band was one of the main subjects of the must-see documentary film ‘They Will Have To Kill Us First’.

Liverpool Psych Fest will be held 22nd and 23rd September at Camp & Furnace, Blade Factory and District. Check out liverpoolpsychfest.com for full details, including more information on each of the acts announced in the first wave. Tickets are on sale now and can be purchased here. 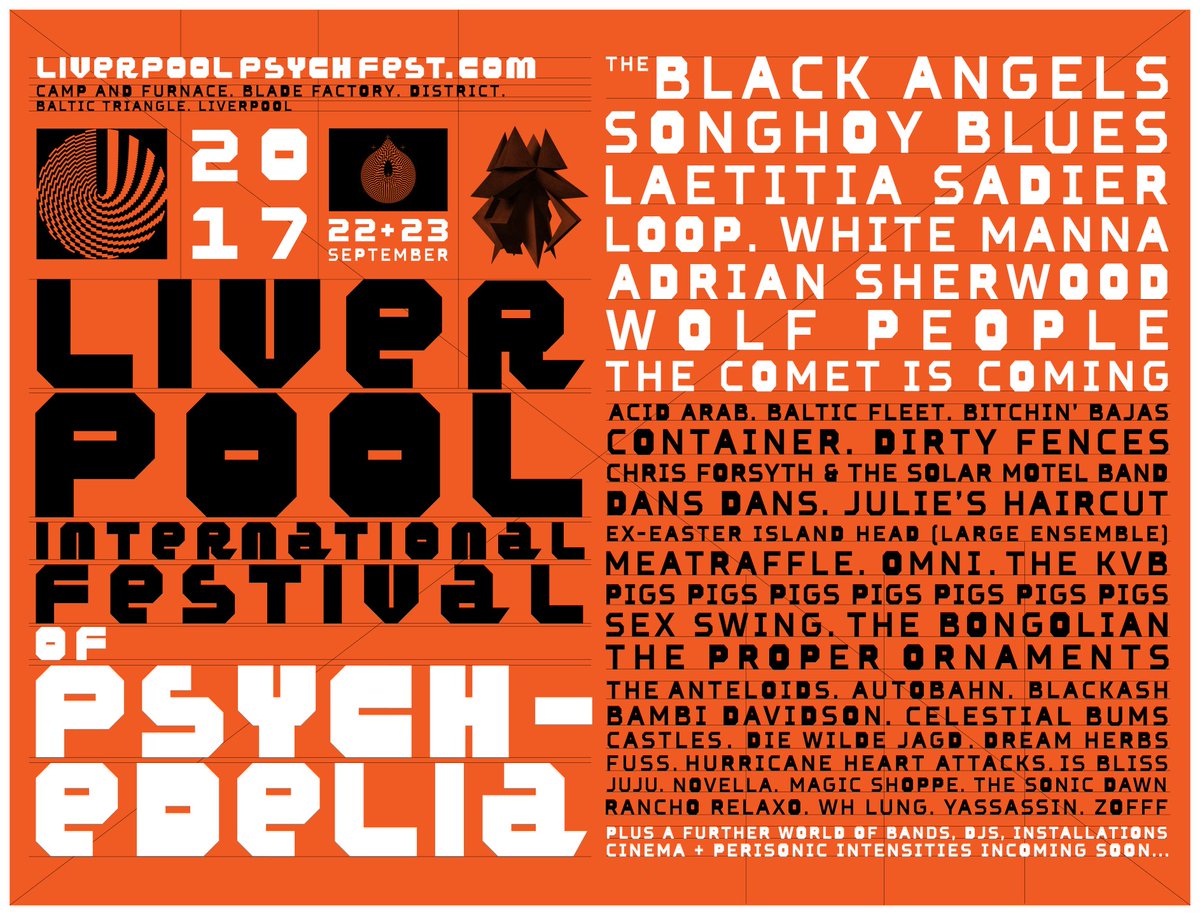